A recent study commissioned by the Biomass Power Association (an organization representing 80 biomass power plants across the U.S.) compared the carbon intensity of a forest residue biomass power facility in New Hampshire to that of a combined cycle natural gas facility.

Dr. Madhu Khanna (of the University of Illinois Department of Agricultural/Consumer Economics) and Dr. Puneet Dwivedi (of the Warnell School of Forestry and Natural Resources) found significant carbon benefits can be achieved through the use of organic residue based biomass instead of natural gas in power generation facilities.

This “forest residue” is the leftover matter from harvesting wood fiber in a managed forest for paper mills and lumber mills. The leftovers include tops, limbs and other forestry byproducts are generated regardless of being used for power or just left to decay. If it’s not collected and used as biomass power, it will typically remain in the forest in slash piles – which are isolated piles burned safely in order to keep forests healthy. This kind of forest management is important, because unlike living trees that draw carbon from the atmosphere – dead tree leftovers release carbon into the atmosphere.

“The avoidance of carbon and methane emissions by removing from the forest and using materials that decay results in a significant GHG reduction over time. While the decay of these materials releases small amounts of methane consistently over time, the methane gas has a 21 times higher global warming impact on the climate than carbon dioxide. Even a small amount of avoided methane release can substantially increase the near term benefits of removing harvesting residues and using them for electricity generation instead of leaving them in the forest and continuing to burn natural gas for electricity.”

The decay rate of forest biomass, the carbon/methane emissions that would have occurred if the organic leftovers stayed on the forest floor, and the incidental carbon emissions incurred during the harvesting/chipping/transportation process were all factors taken into account during the study.

Interested in learning more? Check out the full study, here. 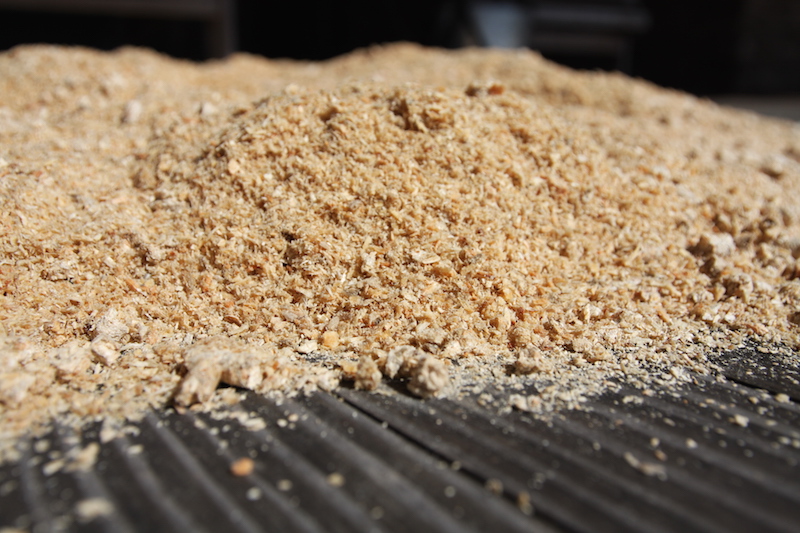 As you probably know, wood pellets turn to sawdust when water is applied, because they absorb moisture immediately and return to the original state of clean wood fiber. Did you have some packaging damage that let in some snow or rain – and now you have leftover sawdust? Don’t throw it out, because you can put it to good use! Here are some of the ways wood pellets can come in handy – aside from heating.

END_OF_DOCUMENT_TOKEN_TO_BE_REPLACED

Home Brew Bottle Holder Made from a Wood Pallet

We love how creative our customers are. Have you seen our recent blog showing off some of their ideas on how to reuse wood pallets? Check out this project submitted by Kevin, of Massachusetts: 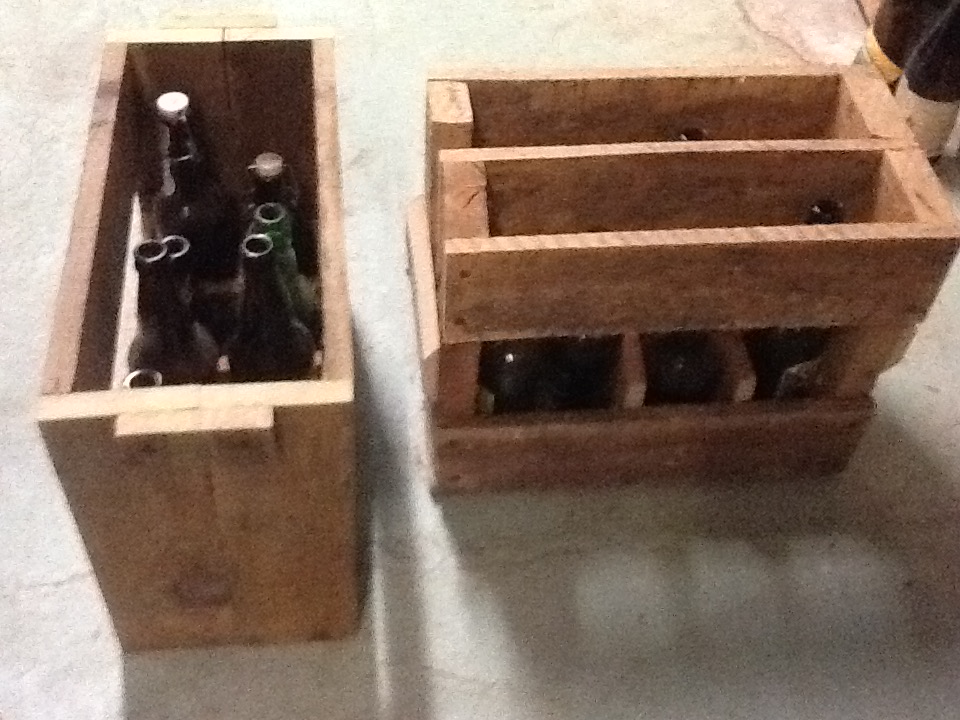 He explains, “I’ve been a home-brewer for more than 30 years.  We all have cases for 12 oz bottles, but not for the larger ones that come in a variety of shapes.  It was very labor intensive but worth it to make my own cases that hold 8 big bottles each.  These two stack on top of each other.  Each case will turn out a little different from the last because or the varying dimensions of the pallet wood.”

It was early 2008 when Brian Grady, a professional sawyer from Maine, came up with the idea for reusable firewood. After months and months spent testing and researching, he created Fire Logs. The “logs” are handmade rectangular stainless steel baskets able to withstand temperatures up to 1400 degrees Fahrenheit – and designed to burn wood pellets.