What Kind of Weather Will This Winter Bring? 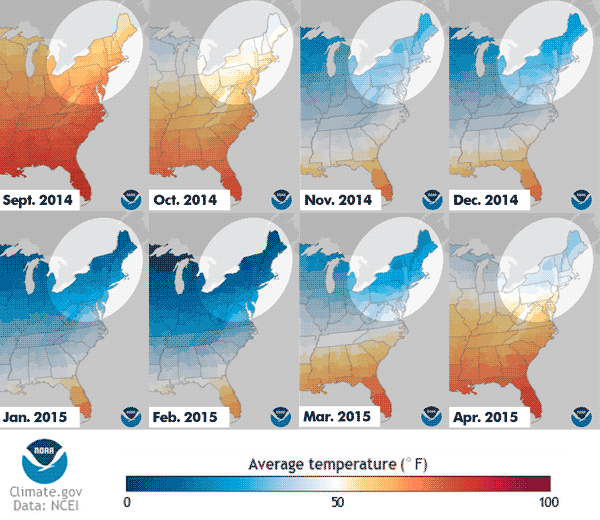 The 2014-15 heating season in the Northeast started pretty mild – with temperatures in September averaging around 50 degrees (F). January and February temperatures plummeted, and the snow accumulation broke records in many places. Most stoves weren’t switched off for the season until well into May.

But what will this winter bring for the Northeast? More bitter temperatures? More debilitating snow levels?

Unfortunately, the Old Farmers Almanac is predicting above-normal snow and below-normal temperatures for much of New England.

“Just about everybody who gets snow will have a White Christmas in one capacity or another. We don’t expect a whole lot of relief.”

“The very warm waters in the northeast Pacific have the ability to affect the overall long-wave pattern in the U.S., and as we saw the last two winters, it can create a wavy and amplified jet stream, pushing Arctic air south into this region. While it’s difficult to say just how cold this region will be at this point, I do believe that several intrusions of Arctic air are possible. I don’t expect snowfall to be nearly as high as last year in places like Boston but decent snowfall totals should occur for many of these regions.”

What was last winter like for you? Did you have enough fuel, or did you have some left over? Make sure you order soon if you haven’t already – because preparedness is the best defense against tough weather.

Tweet
Previous articleYour Pellets Should Be Ordered by the Time You See These 5 Things
Next article How to Keep Your Wood Pellets Safe Outside (with an Easy New Trick!)